We are actively taking directions from health, local and other government authorities regarding COVID 19 as safety is our highest priority at Toolmarts.

Because of the lock down caused by the pandemic, many tool manufacturers supply chain deliveries especially (DeWalt) are taking a lot longer to process orders at this time, which is resulting in longer than normal delivery times to our warehouse. .

In regards to the valued business of our customers, we are trying our best to manage these deliveries and shipping out orders for in-stock items daily, but please note that delays are possible due to current and changing conditions.

We hope for everyone’s safety, health and a quick return towards normalcy.

Thanks for your understanding and patience. 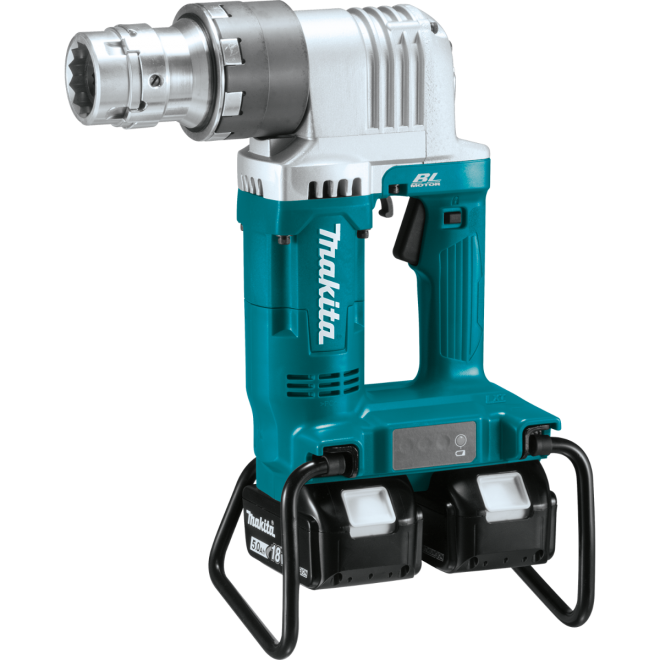 Skip to the beginning of the images gallery

The Makita 18V X2 (36V) LXT® Brushless Shear Wrench (XTW01PT) is a cordless fastening solution engineered for up to 14% faster tightening than corded, and delivers up to 315 tightened M22 torque control bolts per charge (compared to Makita model 6922NB and using two 5.0Ah batteries). It’s powered by two 18V LXT® batteries and an efficient brushless motor for maximum power, speed and run-time without the cord. The XTW01PT has an efficient brushless motor that delivers 593 ft.lbs. of torque for the most demanding applications. The electric brake stops the rotation of the socket, allowing the tool to be repositioned faster for maximum productivity. Added features include the bolt tip ejecting lever located by the power switch for easy tip disposal. For added durability it features Makita Extreme Protection Technology (XPT™). XPT™ is a protective seal inside the tool, and is engineered for improved operation in harsh conditions by channeling water and dust from key internal components.It’s part of Makita’s expanding 18V Lithium-Ion system, the world’s largest cordless tool system powered by 18V Lithium-Ion slide-style batteries. Makita 18V Lithium-Ion batteries have the fastest charge times in their categories, so they spend more time working and less time sitting on the charger. For improved tool performance and extended battery life, Makita created Star Protection Computer Controls™. Star Protection is communication technology that allows the Star Protection-equipped tool and battery to exchange data in real time and monitor conditions during use to protect against overloading, over-discharging and overheating. For increased versatility, the tool can also be powered by Makita 18V LXT® and Compact Lithium-Ion batteries with the star symbol on the battery indicating Star Protection inside.